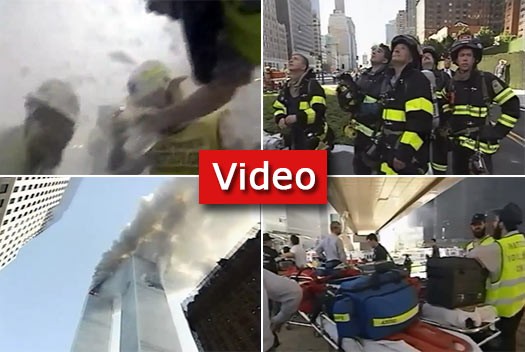 On the 14th anniversary of the terror attacks on September 11th Yeshiva World News released exclusive video that had never been published before, of the moments before and after the collapse of the towers. In the video many Hatzalah volunteers are seen alongside firefighters as the towers were burning.