« The 2021 Elections: Everything You Need To Know
Arrest Made After Chabad Home Firebombed in Lod » 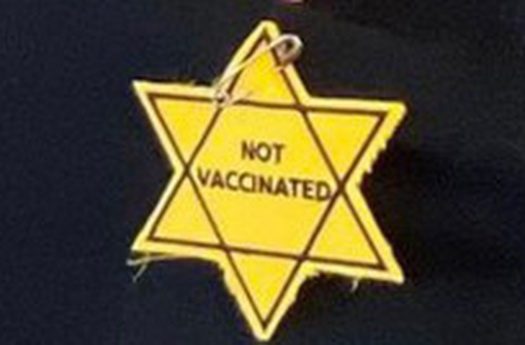 A Tennessee hat shop has come under fire for selling “Not Vaccinated” stick-on patches modeled after the yellow stars Jews were forced to wear in Nazi-occupied Europe.

“[P]atches are here!!” crowed the Instagram account of hatWRKS in Nashville, below a picture of an unidentified woman sporting the tasteless tchotchke.

The post, which was later deleted, went on to note that the badges were $5 apiece and featured a “strong adhesive back.” The store also promised that “we’ll be offering trucker caps soon.”

« The 2021 Elections: Everything You Need To Know
Arrest Made After Chabad Home Firebombed in Lod »