« Jewish Teens in Skokie, Ill., Respond to Hate With Celebration
INTENTION Vol #4: A Monthly Glimpse Into the Happenings of Oholei Torah » 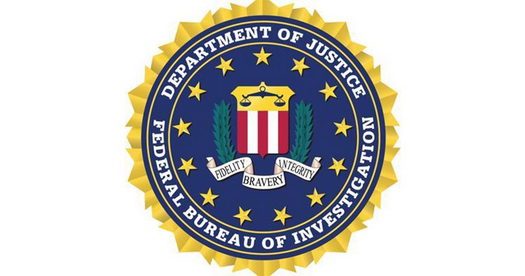 An Alaska defendant pleaded guilty today to making threats to a synagogue and attempting to obstruct the free exercise of religious beliefs in Los Angeles, California.

On May 5, William Alexander, 50, of Anchorage, Alaska, entered a guilty plea before U.S. District Court Judge Matthew McCrary Scoble to an indictment charging them with one count of making threatening interstate communications and one count of intentionally obstructing and attempting to obstruct persons in the enjoyment of their free exercise of religious beliefs through the threatened use of force.

According to information presented at the guilty plea hearing, on Nov. 1, 2019, while in Anchorage, Alexander used their cellular phone to call a Los Angeles area synagogue. Alexander left a voice message stating that they were going to kill the synagogue’s congregants, while repeatedly using slurs referring to people of Jewish faith. Alexander intended the voice message to be viewed as a threat. At the plea hearing, Alexander admitted committing this act with the intent to obstruct the synagogue’s congregants from enjoying the free exercise of their religious beliefs. Alexander’s sentencing hearing is scheduled for August 23.

“One of the greatest truths about our nations is that everyone has the right to be free from threats of violence because of their religious beliefs,” said Assistant Attorney General Kristen Clarke of the Justice Department’s Civil Rights Division. “Those individuals who are driven by hate to violate that right will be brought to justice. The defendant’s conviction in this case sends a strong message that hate crimes will not be tolerated in our free society.”

“For centuries, religious freedom has been a pillar of American society and a beacon for those persecuted for their faith,” said Acting U.S. Attorney Bryan Wilson for the District of Alaska. “We are committed to protecting this freedom and individuals or groups who threaten it will be held accountable for their actions. Violence and intimidation are abhorrent and have no place in this country.”

The case is being investigated by the FBI’s Anchorage Field Office and is being prosecuted by Assistant U.S. Attorney Jonas Walker of the District of Alaska and Civil Rights Division Trial Attorney Sanjay Patel.

« Jewish Teens in Skokie, Ill., Respond to Hate With Celebration
INTENTION Vol #4: A Monthly Glimpse Into the Happenings of Oholei Torah »