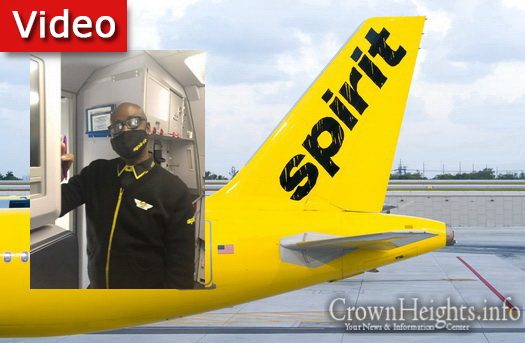 Another day, another odd case of mask enforcement on an ultra low-cost carrier. Last month it was Frontier that had some explaining to do. Today’s it’s Spirit.

Viral video going around social media shows a family on Spirit flight 138 today from Orlando to Atlantic City with a father, pregnant mother, 7 year old son with special needs, and a 2 year old daughter being told they need to leave the plane due to mask non-compliance.

Below are some of those clips.

Unsurprisingly, the 2 year old has no interest in wearing a mask, which is one of the reasons I haven’t flown anywhere with my own family since January 2020.

Police are called and the Spirit agents tell them they won’t fly the family and want them removed:

The family explains that the 2 year old won’t wear a mask, well, because she’s 2.

Now, that’s not really a good excuse. Everyone flying is told that 2 year olds need to wear a mask.

But the rule is completely absurd and one would hope that flight attendants would be OK as long as the parents make an effort to keep their child masked when not eating. A 2 year old can’t be expected to keep a mask on, but it is the rule. Their 7 year old son with special needs doesn’t appear to have been the issue and federal law now allows for health exceptions to in-flight mask rules.

I’m not quite sure if the talmudic migo like argument applies in that they could have lied about the 2 year old’s age but chose to be honest works, but worth a shot I suppose?

In the end, the entire plane was deboarded and the family accused the crew of being anti-Semitic:

After deboarding, the family had a conversation with the police:

The Orlando Police Department then spoke with the captain and he confirmed that all the crew were happy to have the family back on the flight, except for Darryl.

Passengers say that flight attendant Darryl was responsible for kicking the family off the flight. 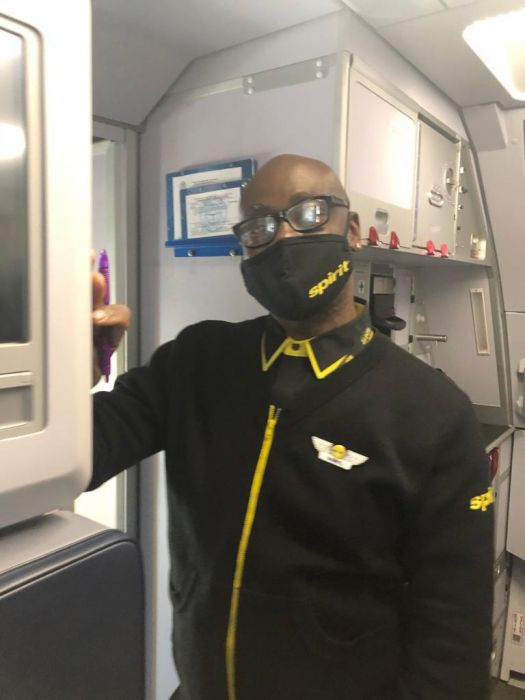 Video shows Darryl walking away from the flight, along with police:

Darryl was replaced by another flight attendant and the flight reboarded:

Before reboarding, the family’s special needs child needed to take seizure medication, but the family didn’t have a syringe with them. The Orlando Police Department arranged for a syringe and the father gave the officer a warm hug before reboarding the plane.

The family was able to fly back to Atlantic City:

The flight arrived into Atlantic City 2 hours and 39 minutes behind schedule.

This sure is a weird one!

There are lots of stories of families with 2 year olds being kicked off flights. Personally I’m in favor of European rules that don’t require masks for young children as it’s simply not possible for young children to remain masked. Once we’re requiring 2 year olds to wear a mask, why not a 1 year old? Both can spread COVID-19 and neither is capable of keeping a mask on…

But I have never heard of an entire plane being deboarded due to a family’s mask non-compliance and then the family being allowed back on the plane.

For an airline to call police to kick a family off a flight and then reverse course to allow the family back on is practically unheard of. Someone high up must have made that call. Did a pilot overrule the flight attendant?

I reached out to Spirit for their side of the story and spoke with Spirit media relations manager Field Sutton.

Mr. Sutton said there’s a lot of bad information out there.

Many sites claimed that the flight attendant was removed or escorted away by the police. He said that’s completely incorrect and after a delay flight attendants are often changed out. He denied that Darryl was told not to fly by anyone and strongly denied that the police were involved in his removal, saying that video was just an unfortunate coincidence.

Mr. Sutton also said the reason that the family was removed was that the parents were not wearing their masks originally, but that the original incident wasn’t captured on video.

I asked if he was aware of other cases where a family was deboarded and then allowed back on. Mr. Sutton said that supervisors often discuss the situation with a family and decide to allow them to fly, though that’s typically done on the plane.

Mr. Sutton also wanted to reiterate that if this were only about a 2 year old, they would never have families fly on their planes and that they’re aware of the difficulties of flying with young children.

But of course that depends on how the flight attendant interprets the rule. While most will let it slide, there are sticklers that will not. 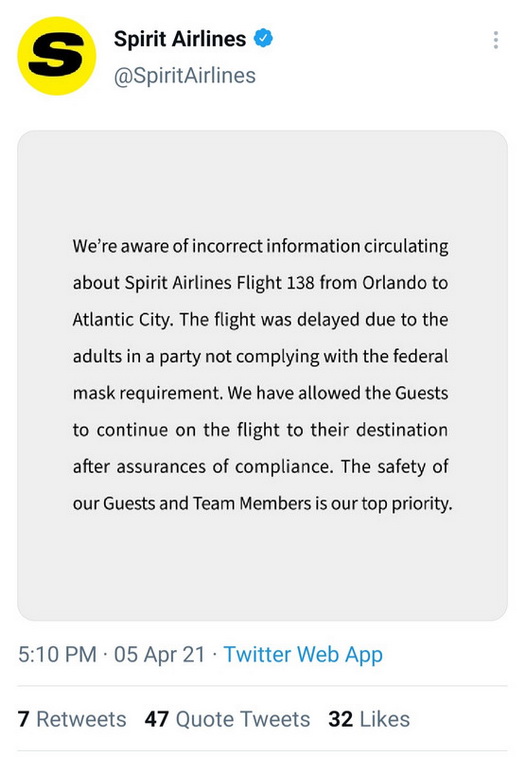 I emailed Mr. Sutton again if they had any comment on why the video shows the blame being placed on the 2 year old, while their statement blames the adults, but have not received a response.

However, the airline later deleted that statement blaming the adults.

It’s certainly an odd story and Spirit’s statements don’t jive with the videos we have indicating that the 2 year old was the problem. Rarely is the original incident caught on video, so it’s hard to get the full picture, but it’s hard to take Spirit’s word on this based on what we see in the video.

Perhaps that’s why they deleted their statement?

Given that the family flew in the end and Darryl did not, it seems like most of the Spirit employees must have realized that the airline was in the wrong and worked to fix it. Kudos to them for saving this from being a further PR nightmare by allowing the family to fly home!

These stories happen with all airlines, though of late they seem to be happening more often on the ultra-low-cost carriers like Frontier and Spirit.

My theory is that their agents are trained to be more rigid and not to allow for exceptions as may happen on other airlines. Certainly this can happen on any airline depending on the flight attendant, but it’s no surprise that it seems to be happening more often on airlines like Frontier and Spirit.

Personally, I have never flown on Frontier or Spirit and have no plans to change that anytime soon. Sure, things are normally fine, but when things go wrong, they go spectacularly wrong. Do these stories make you less likely to fly on an airline?

Perhaps it’s time for airlines to install in-flight surveillance on their planes? Should passengers wear a GoPro on their belt when they fly to prove their side of the story?

It’s certainly time to raise the age for mask requirements. Lufthansa and Swiss doesn’t require them for kids under 6. That makes sense to me, otherwise it’s hard to see myself flying with my family anytime soon.

What do you make of this story?

This article has been reprinted with permission from DansDeals