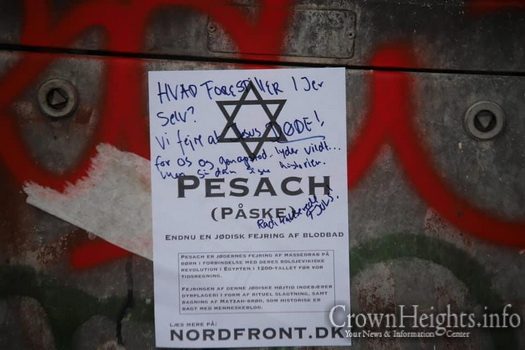 A Jewish Cemetery in Aalborg, Denmark was vandalized with a disgusting anti-Semitic act over Pesach when a person left red painted dolls and graffiti on the cemetery’s wall.

“Modern day blood libel,” wrote Rabbi Yitzi Loewenthal, Shliach in Copenhagen, Denmark. “Dolls with red paint at the jewish cemetery in Aalborg, with papers saying that Pesach is when the Jews celebrate killing others and make Matzas with children’s blood.”

The cemetery is home to 149 graves, where people from the local Jewish community were buried between 1810 and 1950. The last recorded burial in the cemetery was on June 12th, 1968.

Photos from the site show the red paint splashed over the cemetery wall and graffiti written over an anti-Semitic poster about Pesach.

“We hope the authorities find and prosecute those responsible. It is tragic that age old lies are still being used to attack Jews,” said Rabbi Lowenthal.

According to local reports, the incident is being investigated as a hate crime. 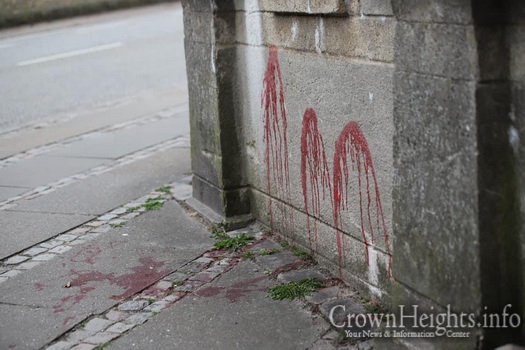 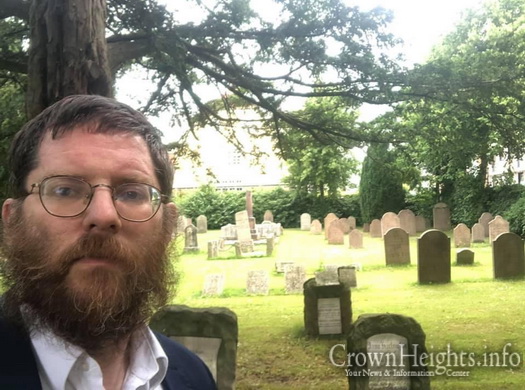 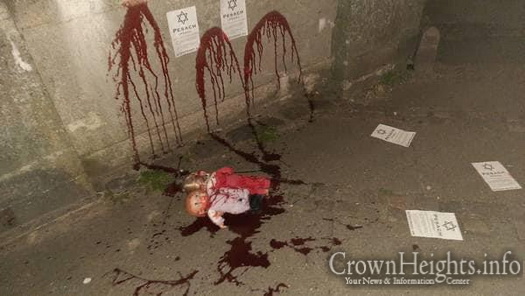