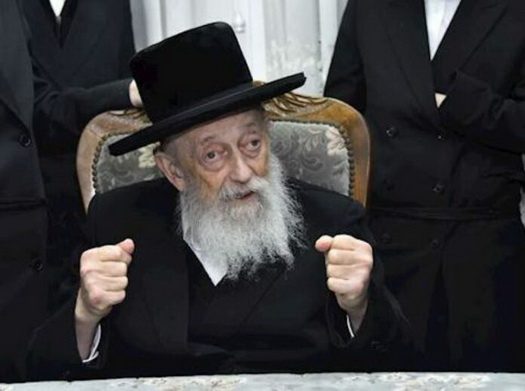 Rabbi Chaim Meir Wosner, the dean of the Chachmei Lublin Yeshiva and a leading rabbinic figure in Bnei Brak, passed away Sunday at the age of 82.

Rabbi Chaim Meir Wosner was the eldest son of the late Rabbi Shmuel Wosner, a leading expert in Jewish law, and authored the ‘Simchat HaLevy’ series of books on Jewish law.

Born in Vienna in 1938, Rabbi Chaim Meir Wosner immigrated with his family to Israel before the outbreak of World War II, settling initially in Jerusalem before the family relocated to Bnei Brak.

For 18 years, Rabbi Wosner served as the spiritual leader of a Satmar Hasidic community in London, before returning to Israel.

Along with his work as yeshiva dean, Rabbi Wosner also served as president of the Bnei Brak rabbinic court and chief rabbi of the Zichron Meir neighborhood in Bnei Brak.

Two weeks ago, Rabbi Wosner was diagnosed with the coronavirus, and was initially treated at home.

Days after the diagnosis, however, he complained of difficulty breathing and was found to have dangerously low oxygen saturation of the blood. He was rushed to Mayanei HaYeshua Hospital in Bnei Brak for treatment in serious condition.

While Rabbi Wosner appeared to recover from the virus, testing negative recently, his condition deteriorated over the last 24 hours before he passed away.