« An Interview With Rabbi Avraham Twerski O”BM
A Moment of Silence, a Year of Hard Work » 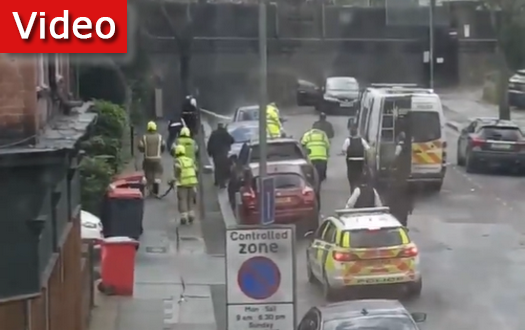 An investigation is underway in the Golders Green section of London Tuesday after a Molotov Cocktail was thrown at the Munks Beis Midrash.

According to reports from the scene, a suspect was apprehended and the incident is not believed to be anti Semitic or terroristic in nature.

Local councilor Alex Prager wrote on Twitter that “Golders Green Road is closed due to a security incident. Police and fire brigade on site. Appears to have involved a molotov cocktail next to a synagogue on The Riding.”

There were no injuries nor any severe damage in the incident.

« An Interview With Rabbi Avraham Twerski O”BM
A Moment of Silence, a Year of Hard Work »