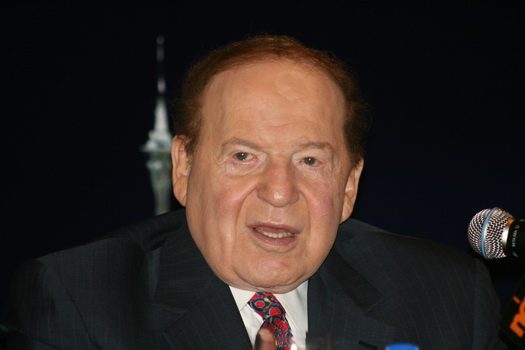 According to the statement by the company, Adelson died from complications related to treatment for non-Hodgkin’s Lymphoma.

“When the pandemic disrupted daily routines and dramatically impacted his business, Mr. Adelson was adamant that our Team Members across the globe continue to receive full pay and health care benefits even while the buildings in which they worked were closed. There are countless additional untold stories of his warmth and generosity – efforts for which he never sought recognition or publicity and would only reply with a smile if asked about them,” the company said.

Adelson was the son of poor Jewish immigrants to the US and began his business career at the age of 12 when he borrowed $200 from his uncle to purchase a license to sell newspapers in Boston. He went on to start 50 businesses over the course of his career.

In 1988, Adelson purchased the Sands Hotel and Casino in Las Vegas, launching his career in the casino business.

Adelson was a prolific philanthropist and political donor. The Adelson Family Foundation has donated $140 million to Birthright Israel since 2007. He and his wife Miriam were also among the biggest donors to US President Donald Trump’s election campaign in 2016.