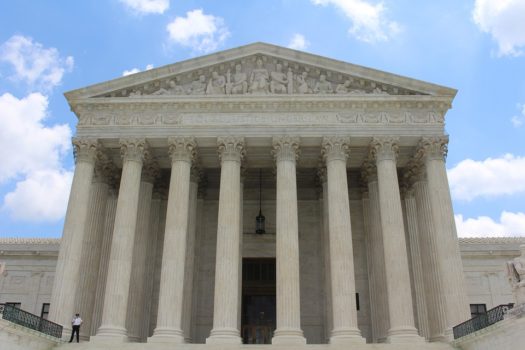 The Supreme Court of the United States

The Second Circuit Court of Appeals just issued a ruling declaring that Governor Cuomo’s Executive Order restricting attendance at houses of worship “discriminates against religion on its face.”

The United States Supreme had previously issued an injunction against the 10 and 25 person limitations imposed by Cuomo, pending the Agudah’s appeal. On December 18 — the last day of Chanukah – the Agudah’s appeal was heard by the Second Circuit Court of Appeals. The case challenged not only the 10 and 25 person limits but also the 25% and 33% capacity limitations as well.