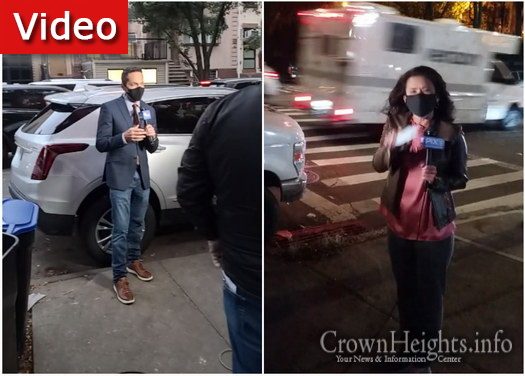 In the United States, no one can control the media, but that doesn’t mean you can’t give them a hard time.

The Chassidim of Boro Park and Williamsburg pretty much had enough with the paparazzi that was popping up around their neighborhoods, attempting to catch unsuspecting residents without masks or not social distancing, so on Monday, they took a stand.

As the TV news correspondents set up their cameras and polished their smiles, the residents geared up to make their lives miserable.

“Cuomo! Why did you kill my grandparents?” one resident yelled over and over as a PIX11 news reporter attempted to give her report on a street corner in Boro Park. The resident would not give up and eventually stopping her from completing her segment.

In Williamsburg, it was a maddening symphony of car horns blaring as multiple reporters attempted to record in front of a synagogue. Videos from the incident show the frustrated news reporters as they found themselves drowned out snd impossible to hear.

Others took their fight to social media, reporting that the “10,000 man wedding” that had been downsized to a family only wedding was taking place in a massive packed venue. The “report” showed a picture from a past event, and caught the attention of at least one major news outlet.

Some of the more irate residents took to heckling and harassing the reporters themselves, in many cases successfully getting them to pack up and leave the community.