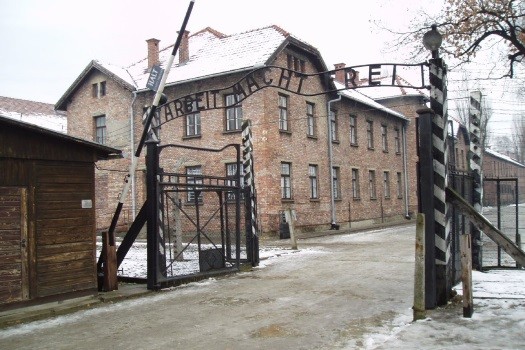 A 93-year-old former Nazi concentration camp guard on Monday apologized to Holocaust victims at a Hamburg court, ahead of the verdict in a high-profile trial over his complicity in World War II atrocities, AFP reports.

“Today I would like to apologize to those who went through the hell of this madness, as well as to their relatives. Something like this must never happen again,” said Bruno Dey from the dock.

Dey stands accused of complicity in the murder of 5,230 people when he worked as an SS tower guard at the Stutthof camp near what was then Danzig, now Gdansk in Poland.

The court is expected to issue its verdict on Thursday.

Prosecutors have sought a prison sentence of three years. But in his summary on Monday, Dey’s defense lawyer Stefan Waterkamp asked the court for an acquittal or a suspended sentence, saying his client “would not survive” jail.

Dey himself has denied any guilt for what happened at the camp, and said that the trial had “cost a lot of strength”.

“I would like to stress again that I would never have voluntarily signed up to the SS or any other unit — especially not in a concentration camp. If I had seen an opportunity to remove myself from service, I would have done so,” he said in his final statements before the court delivers its verdict.

Prosecutors argue that his involvement was crucial to the killings, as his time in the SS coincided with the “Final Solution” order to systematically exterminate Jews through gassing, starvation or denial of medical care.

In October, Dey said he was sorry for his actions, though he insisted that he did not join the deadly operation voluntarily.

Dey is standing trial at a juvenile court because he was aged between 17 and 18 at the time.

The Nazis set up the Stutthof camp in 1939, initially using it to detain Polish political prisoners. It ended up holding 110,000 detainees, including many Jews. Some 65,000 people perished in the camp.

Dey’s case is one of many to have been opened against suspected Nazi war criminals in recent years.

The crackdown began following the 2011 Munich trial of John Demjanjuk, a Nazi war criminal charged of assisting in the murder of 28,060 people at the Sobibor death camp and sentenced to five years. He died in 2012.

Some of those convicted of Nazi-era war crimes never served their sentences as they passed away before being jailed.

One such convict, Reinhold Hanning, was found guilty of complicity in the mass murders at Auschwitz. However, Hanning died at the age of 95 in June of 2017, before he could serve his jail term.

In a similar case, Oskar Groening, known as the “Bookkeeper of Auschwitz”, died in March of 2018 before he could begin serving a four-year prison sentence after being convicted for the crime of accessory to the murder of 300,000 Hungarian Jews at Auschwitz.

In April, a German court dropped a case against 95-year-old former Nazi concentration camp guard, Johann Rehbogen, finding him unfit for trial due to illness.