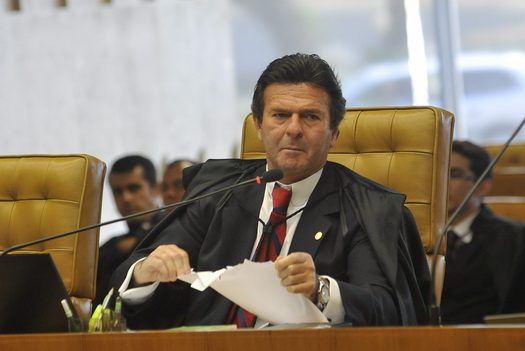 Brazil rotates the top post among its 11 justices on the Federal Supreme Court every two years.

“I will always strive for moral values, republican values, the struggle for democracy,” Fux, 67, said Thursday in a speech. “May God protect me.”

The Rio native’s grandparents fled Romania during World War II. His grandmother is a former president of the Israelite Children’s Home in Rio.

“It’s a great pride for the Brazilian Jewish community to have Luiz Fux at the head of the Supreme Court,” Fernando Lottenberg, president of the Brazilian Israelite Confederation, told the Jewish Telegraphic Agency. “He has deep legal knowledge and well-known humanism, in line with the Jewish tradition of valuing knowledge and life.”

Supreme Court justices are appointed by the president. Fux was nominated in 2011 by Dilma Rousseff, who was impeached and later removed from office in 2016. The court decides constitutional and other matters, as well as final appeals.

Fux is a former judge of the Superior Court of Justice and presided over a commission that forged Brazil’s new Civil Process Code. He also is a writer and professor at prestigious universities.

In 2014, he was the keynote speaker at the Jewish confederation’s annual convention. In 2009, he received the Theodor Herzl Trophy, which is given by the Rio Jewish Federation and the Israeli Embassy to distinguished Jews.