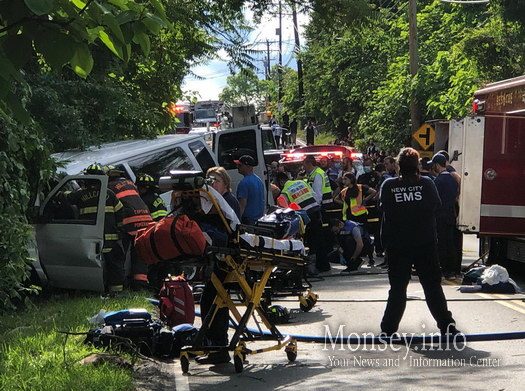 The tragedy of yesterdays crash near New Square grew today, as the news was confirmed that another victim of the accident had passed away.

First reports were confirmed this afternoon that 20 year old Tziporah Deitch A”H, had also passed away.

Tziporah is the daughter of Reb Aaron Shmuel Deutsch, and sister in law of Reb Shlomo Birenhack, both of whom passed away immediately following the crash.

Birnhack was buried last night in New Square, while his wife, who underwent emergency brain surgery, gave birth to a healthy baby boy this morning.

The crash took place near New Square, as the families were on their way to a wedding in a hired van.

A fund has been established to assist the family through this difficult time.