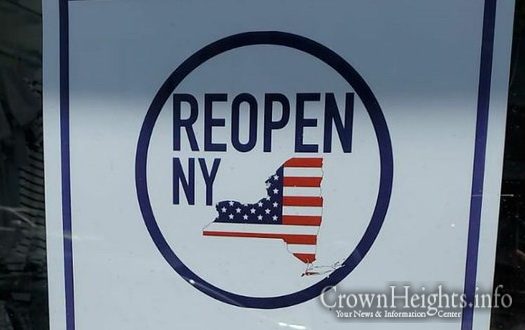 New Yorkers have had enough.

As part of the #ReOpenNY coalition, 200 stores in Boro Park and Williamsburg have made plans to open their stores Sunday, in open defiance to city and state officials.

The grassroots, apolitical movement to #ReOpenNY, was launched to advocate for small businesses who are struggling to survive the COVID-19 lockdown.

Minkowitz had originally made a viral video highlighting the governments double standard of open major mega stores, while forcibly shutting down small businesses.

The #ReOpenNY movement advocates for the opening of all stores and businesses, while maintaining strict social distancing guidelines.

A leaked memo from the coalition gave notes from famed lawyer Ron Coleman regarding the planned opening.

The notes included basic instructions such as “No disobedience at all”, and “Be polite and courteous to the police. Tell them that you understand that they’re doing their job, but you need to keep your business alive.”

The memo also made clear the need for maintaining strict social distancing guidelines. “You MUST follow protocols on the poster.”The memo read. “If you are not following these guidelines, you will dropped from this group, and the lawyer will NOT represent you. He made that very clear. We hired him as a group of stores that would follow the rules and that’s who he is representing.”

While both the New York State Governor and mayor Bill DeBlasio are aware of the planned opening, there has as of yet been no word on consequences or reprisals for the flouting of the law. 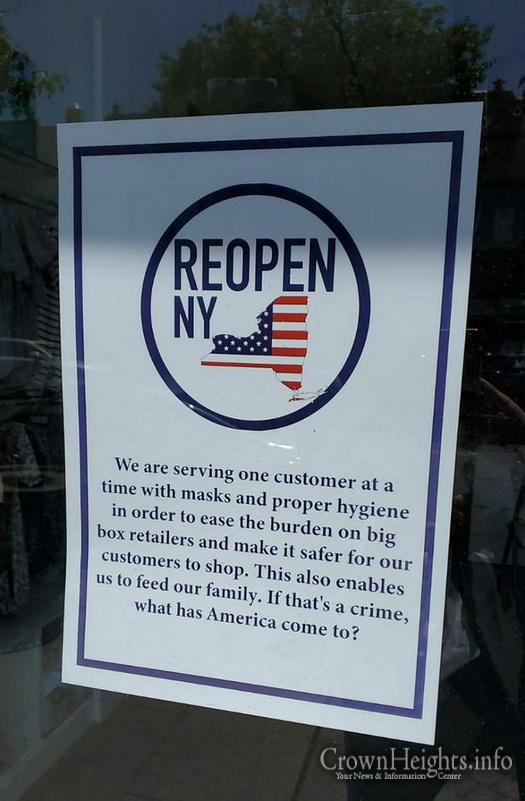