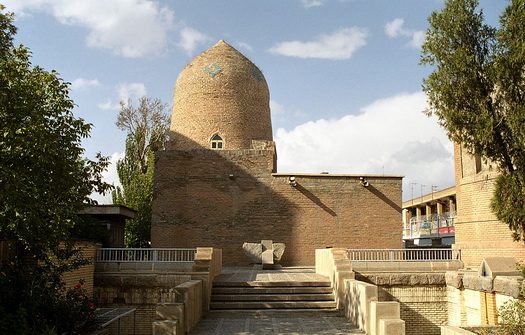 Kever of Mordechai and Esther in Iran

The Tomb of Mordechai and Esther, located in the Iranian city of Hamadan, was reportedly set on fire overnight Thursday.

Jonathan Greenblatt, the National Director of the Anti-Defamation League (ADL), reported the incident on Twitter on Friday.

“Disturbing reports from Iran that the tomb of Esther & Mordechai, a holy Jewish site, was set afire overnight. We hope that the authorities bring the perpetrators of this antisemitic act to justice & commit to protecting the holy sites of all religious minorities in Iran,” he wrote.

The reported incident was also condemned by the Conference of Presidents of Major American Jewish Organizations.

“We are outraged by reports that the Tomb of Esther and Mordechai in Hamedan, Iran, was desecrated by arson last night,” said Arthur Stark, Chairman, William Daroff, CEO, and Malcolm Hoenlein, Vice Chair of the Conference of Presidents.

“Since February, members of the Iranian Basij​ militia have once again threatened to raze the tomb of historic Jewish heroes Mordechai and Queen Esther. It appears that these domestic terrorists attempted to carry out this outrageous act of desecration with this premeditated attack,” they added.

“This abhorrent and unconscionable act represents not only a blatantly antisemitic assault on Jews and Judaism, but an assault on all people of faith. It must be unequivocally condemned by the international community. The government of Iran must act to prevent further attacks and bring to justice those responsible,” concluded the Jewish leaders.

In February it was reported that the government was threatening to demolish the Tomb of Mordechai and Esther and turn it into a “Palestinian” consular complex.

A month later, however, video posted to social media showed the Scroll of Esther being read at the site during the month of Purim.

The Tomb of Mordechai and Esther was added to the Iranian National Heritage list in 2008 but was removed from that list three years later.