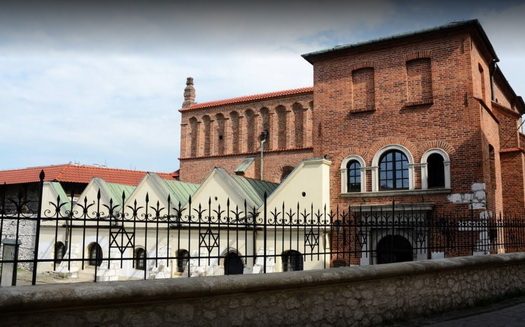 A wooden crate filled with Judaica items was discovered during an archaeological excavation in a synagogue in Małopolska, Poland, reported The Jewish Chronicle.

Archaeologists were digging a small test hole at the Old Synagogue in Wieliczka when they reportedly found a fragment of decaying wood. After removing layers of earth, they found a wooden crate in the ground.

Inside were 350 objects, including artifacts from the World War I; a silver Torah crown and a yad (pointer); a silver cup; five candlesticks; rimonim, used to decorate the top of Torah roller handles; and 18 cap badges with the initials of Austro-Hungarian emperor Franz Joseph, who ruled from 1848 until his death in 1916.

Beverley Nenk, curator of medieval collections and Judaica at the British Museum, said the artifacts will be examined for any legible inscriptions that may provide information about dates and individuals in the community since certain Judaica items using in synagogues are often inscribed with names of their donors.

Michał Wojenka from the Institute of Archaeology of Jagiellonian University, who was supervising the excavation, said, “This is a very preliminary work in the Wieliczka synagogue, and there [are] still a lot of things that need to be done, including the conservation of building and the analysis of finds. The most problematic issue is to answer the question under what circumstances the chest was buried.”

According to the Museum of the History of Polish Jews, the synagogue was built around 1750. Wieliczka’s Jewish presence stems back to the late medieval period, according to The Jewish Chronicle.

Anti-Jewish riots were reported in Wieliczka in 1889 and 1906; by 1921, there were 1,135 Jews living in the town. A few Jews who survived the Holocaust returned after World War II.