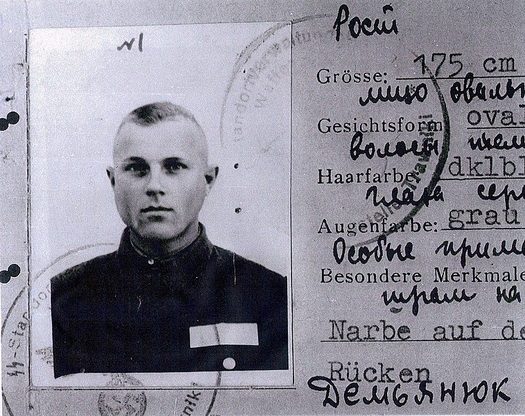 The Topography of Terror archive located in Berlin on Tuesday released a picture taken at the Sobibor Nazi death camp during World War II, in which John Ivan Demjanjuk can be seen.

According to the picture, Demjanjuk, in Nazi uniform, served as a guard at the camp, contrary to his claims over the years.

The photo is part of a collection of recently-discovered images from the estate of a deputy commandant at the camp, Johann Niemann, one of ten SS-men killed by prisoners in the famous October 1943 uprising.

The Topography of Terror archive said that the photos – part of a series of more than 350 images – provide unprecedented insight into the “Action Reinhardt” phase of the mass extermination of European Jewry in the death camps Sobibor, Belzec and Treblinka.

In 1988, Demjanjuk was put on trial in the Jerusalem District Court and convicted of being “Ivan the Terrible,” a Nazi guard whom survivors identified from their time as prisoners at the Treblinka death camp. He was sentenced to death but, after appealing to the Supreme Court, was acquitted over doubt about his identity.