« Weekly Unique Photo of the Rebbe
Weekly Story: A Visit to Ruzhin » 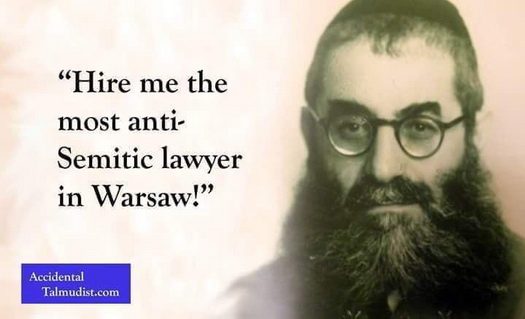 “Rabbi Reuven Israel Kott was a Torah prodigy whose cleverness and chutzpah saved thousands of Jews from annihilation by the Nazis.

Born in a Polish shtetl in 1897, Reuven was one of fifteen children. His family were Hasidic followers of the Ger Rebbe.

Reuven’s exceptional intellect was apparent at a young age. He was a gifted scholar of Talmud and Jewish scripture, so precocious that he was given rabbinic ordination when only 17 years old.

The Rebbe took a special liking to Reuven, and every Friday night Reuven sat next to the great man at his festive Sabbath gathering. Small in size – he stood only 5’1” – Reuven was known for his big brain, and big heart.

Reuven was selected by his community to represent them as the Jewish voice on the local provincial council. When the Polish president died in the 1920’s, young Reuven stood at the graveside with other clergy and delivered a eulogy on behalf of the Jews of Poland.

Although life seemed fairly good for Polish Jews at the time, the Ger Rebbe sensed that big trouble was coming. He urged his followers to get out of Poland and move to Eretz Yisrael (the Land of Israel), at that time British Mandate Palestine.

As the Rebbe’s right-hand man, Rabbi Reuven Kott threw himself into the mission of helping Jews leave Poland and return to their ancestral homeland.

The British had a quota system restricting the number of Jewish families they let in. Reuven took advantage of a bureaucratic loophole defining “family” as two parents and an undetermined number of offspring.

Reuven collected money and bribed Polish authorities to get blank birth certificates. He would then “create” new families, matching people up, changing names and identities as needed. Every “family” had at least a dozen children.

Reuven told those he helped that they must stick with their fake identity. Most people complied, but a few didn’t and were caught. Under threat of being sent back to Poland, somebody gave Reuven’s name to the authorities.

Reuven and his brother were on a train in Warsaw when three plain-clothes officers approached. After verifying his identity, they arrested Reuven for bribery and forgery and threw him in jail.

As a pious Jew, Reuven couldn’t eat the non-kosher jail food, so every day his daughter brought him a kosher meal – a two hour journey each way.

After several long months, his brother finally got word that there was going to be a hearing in the case. He went to visit Reuven in jail, told him the news and asked which lawyer he wanted to hire.

Reuven scribbled something on a scrap of paper, folded it up and slipped it through the bars of his cell.

Outside the jail, Reuven’s brother unfolded the note. He was shocked to read the contents: “Hire me the most anti-Semitic lawyer in Warsaw!”

Reuven’s family was baffled. With so many top-notch Jewish lawyers, why would he want an anti-Semite? Had his incarceration led to a mental breakdown?

Reuven’s brother assured them that he was of sound mind, and he went to Warsaw and found an attorney notorious for his fierce hatred of Jews.

The day of the hearing arrived, and the courthouse was packed with hundreds of Hasids from Reuven’s community. Reuven was allowed only three minutes with his lawyer, and then the hearing began.

To everybody’s shock, Reuven’s lawyer stood up, made a brilliant argument, and got the case dismissed.

Back home in the shtetl, everybody wanted to know what Reuven had said to his lawyer in those three minutes. Reuven said his Talmud study had taught him that in a business deal, if you get three “Yes” answers, the deal will close.

He asked his lawyer three questions:
– You hate us Jews, don’t you?
– Do you want to see me rot and die in jail?
– Would you like all of us Jews gone from Poland?

The lawyer answered yes to all three questions. Reuven immediately shot back, “What good would it do if one measly Jew rots in jail? If you set me free, I can get all the Jews out of Poland!”

Reuven got what he wanted by blinding the lawyer with his own hate. He continued his work “creating” large families and helping them move to Palestine. The anti-Semitic attorney even helped him procure more blank birth certificates.

People often asked Reuven when he would go to Eretz Yisrael. He said, “I’m like the captain of a sinking ship. It is my responsibility to get all the passengers out before I get in the lifeboat.”

Over the course of 20 years, Reuven helped tens of thousands of Jews escape Poland. Today, almost half a million descendants of those Polish Jews owe their lives to Rabbi Reuven Israel Kott.

Unfortunately, Reuven himself never made it to Israel. He was murdered at Auschwitz in 1942.

For proving that one small man in three short minutes can accomplish miracles beyond measure, we honor Rabbi Reuven Israel Kott as this week’s Thursday Hero at Accidental Talmudist.

This story was told to us by Reuven’s granddaughter, Ziporah Bank. She heard it from her mom – the daughter who brought kosher meals to Rabbi Kott in prison.”

« Weekly Unique Photo of the Rebbe
Weekly Story: A Visit to Ruzhin »