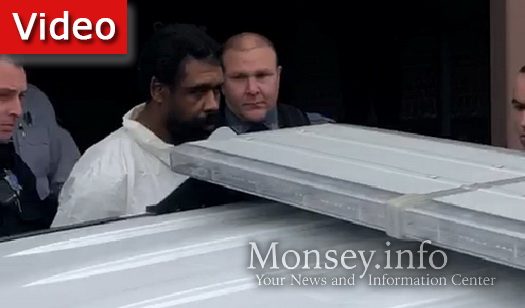 Grafton Thomas, the alleged attacker who stabbed five people at the home of Rabbi Rottenburg Motzei Shabbos, was ordered held on $5 million bail, and charged on five counts of attempted murder.

Thomas had used a machete to attack the people at the home, sending five to the hospital, one in critical condition with a skull fracture.

Thomas was allegedly covered in blood when he was arrested in New York City just less than two hours later.