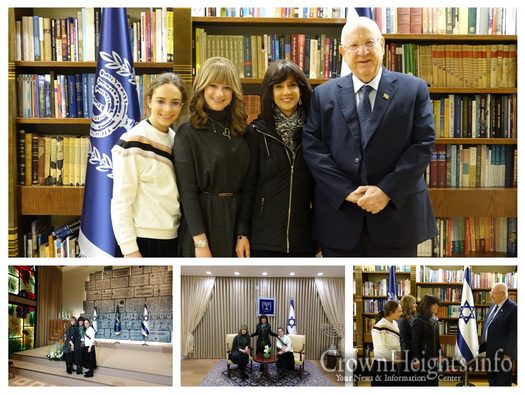 Hon. Ruchie Freier, the first Hasidic Female Judge in US History, was invited for Chanukah to visit the Israeli Presidents Residence where she was given an exclusive tour in the Presidents Chambers, and then had a meeting with President Reuven Rivlin.

The president said “he is very proud of her achievements and he admires the fact that a Hasidic woman, mother of six children, serves as judge in the US and inspires other ultra-Orthodox women.”

They discussed about encouraging more charedim to reach high goals in education, and that more charedim should join the Justice system and as well in the political field.

President Rivlin’s Chief of Staff Rivka Ravitz, who is also a Charedi Women, was in attendance at the meeting. Ravitz had scheduled the meeting in coordination with political activist Osher Teitelbaum.