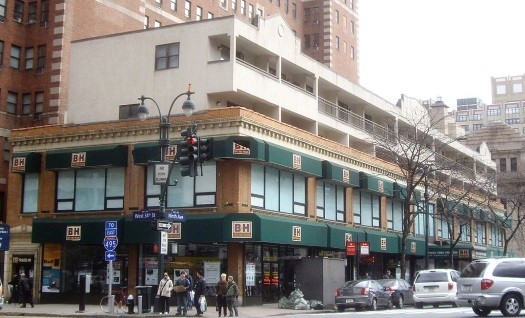 Attorney general of New York, Letitia James announced on Twitter that she has filed a lawsuit against B&H Photo, the famed New York electronics retailer.

Her tweet reads: We’ve filed a lawsuit against B&H, the photo & electronics store, for allegedly failing to pay sales tax on tens of millions of dollars they received from manufacturers for “instant rebate” discounts to customers. In New York, no company is above the law.”

The state of New York is suing for allegedly failing to pay sales tax on tens of millions of dollars.

Fox5NY reports that the Attorney General’s investigation and subsequent lawsuit came from a whistleblower complaint.

“Today’s lawsuit, filed in New York State Supreme Court, concerns B&H’s failure to pay taxes on money from are point-of-sale discounts the company offers its customers, for which it receives reimbursement from manufacturers.

New York State sales tax is required on that money but the state claims that B&H never paid the tax, despite its repeated and explicit acknowledgments — internally, to outside vendors, and externally, to a competitor — that under New York tax law, it owed sales tax.”

We’ve filed a lawsuit against B&H, the photo & electronics store, for allegedly failing to pay sales tax on tens of millions of dollars they received from manufacturers for “instant rebate” discounts to customers.

In New York, no company is above the law.

Today the NY Attorney General filed suit against B&H claiming that we should have collected sales tax from customers on instant savings discounts.  We obviously believe these claims are without merit, especially since the entire consumer electronics retail industry takes the identical approach that we do.  B&H will fight these allegations aggressively.  It’s unbelievable to me that the Attorney General has singled out B&H and is misleading the public about our company, while ignoring the identical practices from much larger competitors.

We issued the following statement to the press:

“The Attorney General is flat wrong – and is trying to create a tax on discounts in order to make New Yorkers pay more.  B&H is not a big box store or a faceless chain; we are a New York institution, having operated here for nearly 50 years with a stellar reputation. The tax department has done countless audits and never once – not a single time – mentioned this widespread industry practice.

“B&H has done nothing wrong and it is outrageous that the AG has decided to sue a New York company that employs thousands of New Yorkers while leaving the national online and retail behemoths unchallenged. The Attorney General wants to charge New Yorkers a tax on money they never spent. It’s wrong and we won’t be bullied.”

We regularly offer customers instant savings discounts.  This is an industry wide practice.  On a camera that regularly sells for $1,000 that has an instant savings offer of $200, the net selling price is $800 and we collect and remit sales tax on the $800.  The Attorney General is claiming that we should collect tax based on the $1,000 and thus have underpaid sales tax for 13 years.  Common sense, legal precedent, and years of sales tax audits approving our practice say we have done everything right.

I want each of you to know that B&H acts with the highest standards of integrity in everything we do, and I find this action offensive and very disappointing.  I look forward to having our day in court to defend ourselves and our customers against these absurd allegations.

If you have any questions or receive any outside inquiries, please direct them to Jeff Gerstel or David Eisenberg.

Let’s make sure we commit 100% of our energy to serving our customers, as we always do, and exceeding their expectations every day.  Please do not allow this frivolous lawsuit to create any distraction from our mission of treating our customers right.