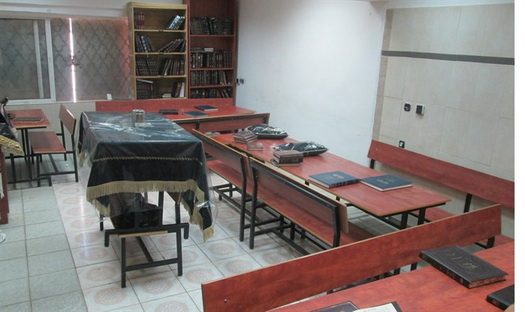 This time, the battleground was a building in the open-air market of a major city in the south that missionaries were using to run events for local Jews. The owner of the facility received highly inflated rent and so was willing to look the other way at their nefarious activities.

Employing deceitful tactics, as they do all around the country, the missionaries pretended to be Jews running a religious community. Wearing kippahs and draped in talleisim, they even read from the Torah. Their “clients,” naïve Jews who don’t regularly attend shul, fell for the ruse.

After half a year of operations, their activities became known to Yad L’Achim in what can only be described as miraculous circumstances. A city resident who has a store in the market mentioned in passing to his chareidi neighbor that he’d begun attending the shul of “Rabbi” Shimon Pliner in the market. The name rang a bell for the chareidi man, a central activist at Yad L’Achim, who knew Pliner as a missionary who had operated in the city for many years.

Yad L’Achim wasted no time in responding. Shifts of volunteers were dispatched to the entrance of the missionary church during opening hours, to warn Jews of the spiritual danger awaiting them inside.

After a determined two-year effort, during which the number of Jews entering the facility dropped sharply, Pliner understood that he had lost the battle and closed the church.

In the period that followed, the building was under lock and key, since the owner, used to receiving exorbitant rents, was unwilling to lease it at market rates. But a few weeks ago there was turning point: Realizing that it wasn’t worth his while to have a shuttered store, he agreed to rent it out to residents looking to set up a new shul in the market area.

On Wednesday, Rosh Chodesh Cheshvan, the new shul celebrated its opening with a festive seudas mitzvah. Yad L’Achim, which helped broker the rental deal, participated in the dedication and spoke movingly about the significance of redeeming the facility from missionaries.

Yad L’Achim’s speaker drew a connection between the shul and the ark that protected Noach from harm.

Yad L’Achim said that the letters that add up to the Hebrew year stand for “let it be a year of redemption,” adding a prayer that the organization should, with G-d’s help, have many more successes and bring as many Jews as possible back to the G-d of Israel.

The building at the time it was being used for missionary activities.

Let there be light. The new shul, where shemad activities were once carried out.