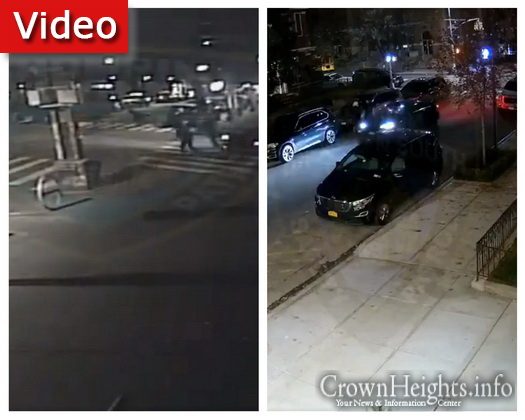 Multiple victims were assaulted in what the Boro Park community is calling a string of hate crimes.

Sources tell YWN that the disturbing incidents started at around 12:20AM (Friday night / Shabbos morning) on New Utrecht Avenue and 53rd Street. As can be seen in the first video below, a vehicle stops, a few men jump out and begin chasing two Hasidic boys down the street. The victims managed to get away.

A few minutes later, the same pack of thugs drove down 48 Street near the Bobover Bais Medrash, and drove past a Hasidic man walking. They punched the man from the car and drove away.

And just moments later, a third attack was carried out – this one on 14th Avenue and 51st Street. In the third incident, a Hasidic victim was punched as well.

Such unprovoked incidents are a continuous trend in the #BoroPark area. #StopTheHate, if you have any info on the perpetrators responsible for this incident on New Utrecht Avenue and 53rd Street, call the #Shomrim hotline 7188716666. #SeeSomethingSaySomething pic.twitter.com/r37XriHAt0

Another unprovoked attack Friday night in #BoroPark. In this incident on 48th Street, the victim was nearly pinned by this vehicle which fled after an occupant punched the victim. #GotInfo regarding this incident? Call BP #Shomrim at 7188716666. #YourCityYourCall #NoPlaceForHate pic.twitter.com/xwKspPqk8M