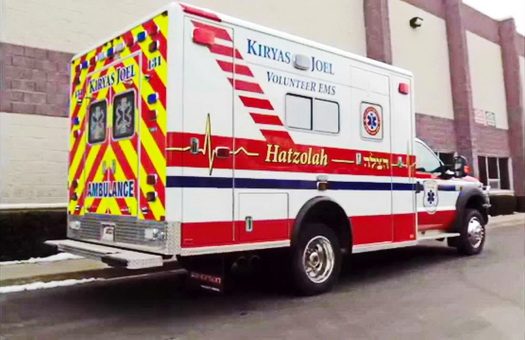 Kiryas Joel Hatzalah is reported to have been hit with a RansomWare cyber attack this week, forcing them to pay thousands to regain control of their servers. The attack locked the Dispatch center, not allowing the members to receive important call information.

In a worrying incident, the Kiryas Joel Hatzalah was targeted in a RansomWare cyber attack on the first night of Yom Tov, forcing the organization to pay handsomely to regain control of their system.

The dispatch center was reportedly completely shut down, and unable to transmit emergencies to the Hatzalah members.

The organization, which responds to medical emergencies in the town of Kiryas Joel and nearby areas, was forced to pay approximately $30,000 in BitCoin to the hackers to regain control of their operations.

The system hacked, CreativeEMS, allows to members to be dispatched to calls, and receive pertinent information directly to their phones.

CreativeEMS had a history of security issues, with the first few versions of the program allowing people to access entire patient care reports, simply by using direct URL’s with no security. The issue was quickly addressed, and security flaw removed.

This attack is another in a stream of such attacks, including a large scale attack that crippled three Alabama hospitals earlier this year.

The Brooklyn Hospital Center, a large hospital in Downtown Brooklyn was also the victim of a RansomWare attack this year, leaving the hospital locked out of all patient medical records and forcing the staff to use pen and paper for days. It is not clear if the hospital was forced to pay to regain control of their information.