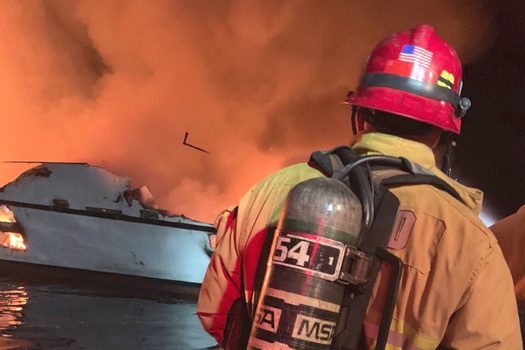 Divers and search crews were still looking Tuesday for nine missing people after at least 25 were confirmed dead when a boat packed with scuba divers caught fire near an island off the Southern California coast.

One of those victims is Leah bas Esther, a 40-year-old woman from New Jersey. Misaskim of Los Angeles spent last night at the scene, meeting with the heads of the FD, Sheriff and Coroners office to ensure proper Kavod Hames.

A Chabad Shliach from New Jersey, whose Chabad house the parents belong to, was working together with Misaskim.

The dive-boat Conception became engulfed in flames before dawn as the passengers on a recreational scuba diving trip slept below deck.