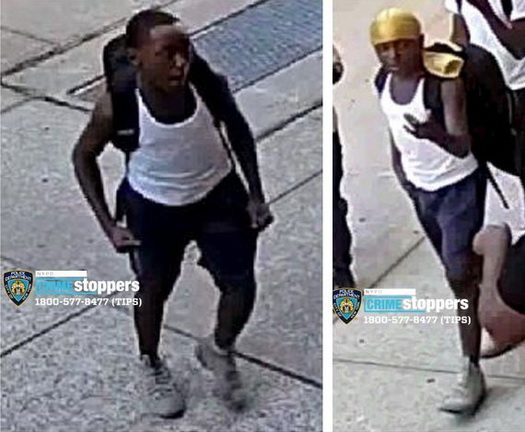 The NYPD Hate Crimes Task Force is investigating an Orthodox Jewish man’s claim that he was pelted with ice while driving through Brooklyn — the second seemingly anti-Semitic attack to plague the borough in the last week.

The 34-year-old victim told police that he was sitting in traffic on Brooklyn Ave. near St. Marks Ave. in Crown Heights about 5 p.m. Thursday when someone chucked a hunk of ice at him through his open window, cops said.

The ice hit the man in the face and injured his eye. A group of young men was seen running from the area just after the assault, police said.

Cops on Friday released surveillance photos of the men. No arrests have been made.

Hate crime investigators are trying to determine whether the victim, who was wearing traditional Hasidic clothing, was being targeted because of his religion.