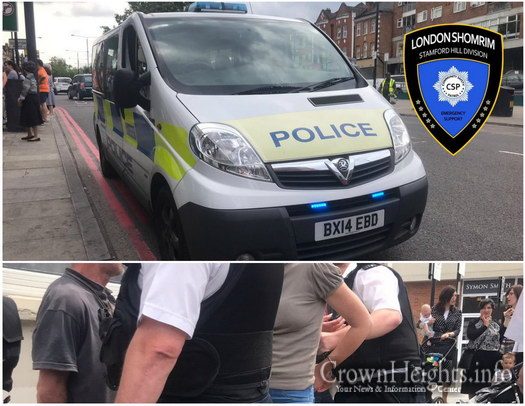 Two people have been arrested in London following an Anti-Semitic robbery. One woman shouted “Heil Hitler,” and threatened to kill them, while an accomplice stole their phone.

An hate filled robbery in London’s Stamford Hill area this week, ended with two arrests according to Shomrim of Staford Hill.

The incident occurred at the Egerton Road bus stop as a Jewish couple were waiting for a bus. A female approached them, shouting “Heil Hitler” and threatened to kill them.

While the two were distracted by the woman, an accomplice stole their phone.

The two were caught, and arrested by the police for theft and a hate crime.

Egerton Road bus stop #N16, Jewish couple waiting for a bus, female suspect shouted at them “Heil Hitler” and threatened to kill them, while an accomplice stole their phone. Both arrested by @MPSHackney for #Theft and #HateCrime pic.twitter.com/cG3dxIuaze