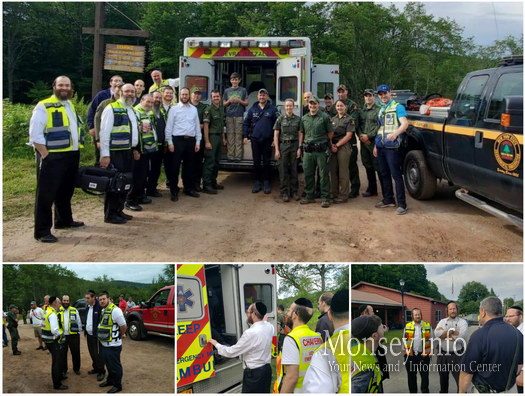 An all night search ended with a lost hiker found safe and sound Monday morning on a trail in the Catskills. The hiker had been on a week long hike, and despite being well prepared, had gotten lost.

A hiker from a division of Camp Yagilu became lost at the end of a week long hike Sunday night, prompting a large search.

Rockland Chaverim and Hatzalah joined in the search as well.

The search ended at around 7:30am, when the hiker were located in good health.

This morning search in the Catskills. pic.twitter.com/DVhhuLf6lV

This morning search in the Catskills, subject has been located. Chaverim on scene along with Hatzalah, NYS forest rangers, Sullivan County OEM, KJ Chavrim, Rabbi Joel Gold, And the Claryville & Neversink FD. Excellent job by all agencies. pic.twitter.com/NOMBjx2fbe