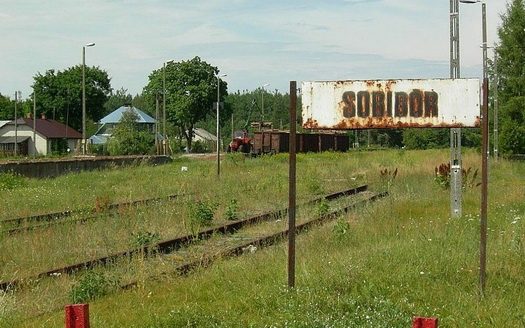 The head of the Jewish Agency, Isaac Herzog, said he was “very sad” about the death of Rosenfeld.

“Semion fought the Nazis as part of the Red Army and was then sent to the Sobibor death camp as a prisoner of war, where he encountered death every day until the famous rebellion,” Herzog said in a statement.

Rosenfeld had been a resident of Jewish Agency-supported assisted living for the past 20 years, Herzog said.

Born in Ukraine, the Jewish soldier was one of over 50 camp prisoners who survived World War II according to Israel’s Yad Vashem Holocaust memorial center.

In the most famous revolt from a Nazi camp, nearly 300 Sobibor captives including Rosenfeld escaped through the camp’s barbed war in October 1943.

Nearly 170 of the captives were captured and shot dead, while Rosenfeld returned to the Red Army to fight the Nazis from its ranks.

The Nazis demolished Sobibor to destroy any trace of the camp.