« Rabbi of Berlin: Kipa Should be Worn with Pride
Alternate Side and Meter Rules Suspended Monday, Memorial Day » 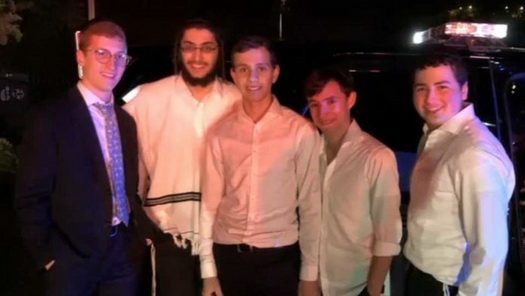 A group of teenaged yeshivah students in Boston saved a man with a swastika from drowning in the Chestnut Hill Reservoir in Boston last week, according to a report by NBC10 Boston.

The students were taking a walk around the reservoir and spotted a man partially submerged in the water and not moving. They immediately ran to a nearby police car to summon help. Boston College police officer Carl Mascioli was on patrol that day and responded to their calls.

“While I was pulling him out of the water, I also observed that he had a swastika on his hand,” said Mascioli. According to Mascioli, the boys had summoned him just in time to save the man’s life because he would not have survived much longer.

When the man regained consciousness, Mascioli made sure to tell the man who had saved his life. “I kind of let the gentlemen know sometimes some deeds have a funny way of turning around,” said the officer. “Their good deed had a little bit of a twist to it.”

Mascioli said that the students told him that they didn’t regret saving the man’s life.

« Rabbi of Berlin: Kipa Should be Worn with Pride
Alternate Side and Meter Rules Suspended Monday, Memorial Day »