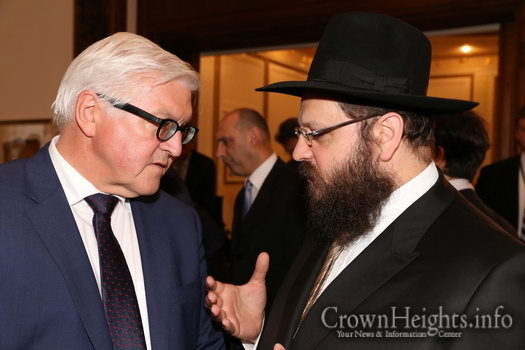 The rabbi of Berlin, Rabbi Yehuda Teichtal, on Sunday morning urged Jews to continue to wear kippot with pride, after a German government official advised that Jews not wear kippot “everywhere, all the time.”

“The combating of anti-Semitism is a top priority so it is appreciated that this is being addressed by top representatives of the government,” Rabbi Teichtal wrote on Facebook.

“At the same time, the KIPA is a clear symbol of Jewish identity and should be worn with PRIDE.”

Rabbi Teichtal – who also is the great grandson of Rabbi Yissachar Shlomo Teichtal, whose work Eim Habanim Smeicha argued that the Holocaust was a divine signal for Jews to make aliyah and rebuild the land of Israel – added, “Of course all the necessary security precautions need to be taken. At the same time, hiding our identity was never the solution, we should be always be PROUD of who we are. AM ISRAEL CHAI.”

The rabbi’s comments come after Germany’s government commissioner on anti-Semitism warned Jews about the potential dangers of wearing the traditional kippah skullcap in the face of rising anti-Jewish attacks.

“I cannot advise Jews to wear the kippah everywhere all the time in Germany,” Felix Klein said in an interview published Saturday by the Funke regional press group.

In issuing the warning, he said he had “alas, changed my mind (on the subject) compared to previously.”