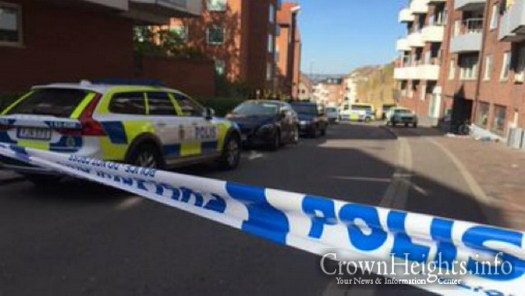 Scene of Stabbing Attack in Sweden

The attacker who stabbed a Jewish woman has been identified as a Muslim man who was known to police.

The victim was seriously wounded when she was attacked on her way to work in the city of Helsingborg Tuesday. She was stabbed nine times and then left for dead.

Swedish police are investigating the attack as a hate crime, while local Jews expressed concern that the attack was anti-Semitic in nature.