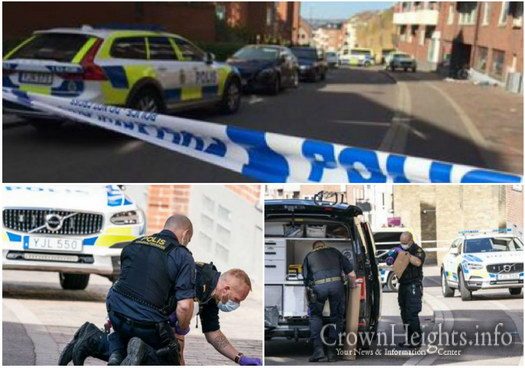 A Jewish woman was wounded in a stabbing attack in Sweden Tuesday, leaving her in critical condition.

The incident took place in the city of Helsingborg roughly 20 kilometers (12.5 miles) northwest of Malmo, where the woman resides, Tuesday morning.

According to initial reports, the woman, who is said to be in her 60s, was stabbed nine times during the attack, then was left for dead.

The woman was found in critical condition.

Police have been deployed to the scene and are searching for the assailant.

Local authorities have described the attack as an attempted murder, but have not commented on the motivation behind the attack.

Some reports identified the woman as the wife of the leader of the local Jewish community, though this has yet to be confirmed. A representative of a local Jewish congregation did say the woman was active with the community, however, SVT Nyheter reported.

According to the report, the victim was on her way to work when she was attacked.

This is a developing story.