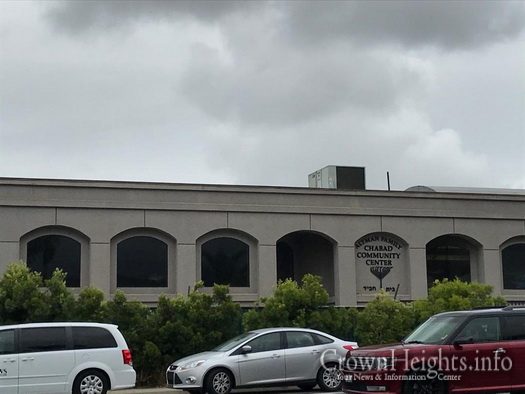 A California nursing student accused of a deadly shooting spree in a San Diego-area synagogue and arson at a nearby mosque was charged on Thursday with 109 counts of federal hate crimes and civil rights violations, prosecutors said.

John Earnest, 19, was already charged in state court with one count of murder and three counts of attempted murder in the April 27 attack at the Chabad of Poway synagogue, which left one worshiper dead and three others wounded, including a rabbi.

In the federal complaint, Earnest faces one count for each of the people in the synagogue at the time of the shooting, including 12 children, US Attorney Robert Brewer said.

“The complaint alleges the defendant violently targeted members of the synagogue and mosque for no other reason than his hatred of the Jewish people and those of the Muslim faith,” Brewer said at a news conference.

Earnest pleaded not guilty to the state charges, and to one count of arson on a house of worship stemming from a pre-dawn fire that damaged the Islamic Center of Escondido on March 24. No one was injured in the blaze.

Earnest, who was enrolled at the California State University at San Marcos, was arrested shortly after the synagogue shooting north of San Diego. Authorities linked him to the arson through an online manifesto in which they say he claimed responsibility for setting fire to the mosque.

The author of the violently antisemitic, anti-Muslim screed also professed to have drawn inspiration from the gunman who killed 50 people at two mosques in New Zealand earlier in March.

The state charges allege that the synagogue shooting was perpetrated as a hate crime. If convicted of those charges, Earnest would face life in prison without parole, or the death penalty.

In the separate federal criminal complaint filed on Thursday in US District Court in San Diego, Earnest was charged with 54 counts of obstruction of free exercise of religious beliefs resulting in death and bodily injury, plus 54 counts of violating federal hate-crime statutes, Brewer said.

Earnest also was charged with causing damage to religious property involving use of a dangerous weapon or fire.

Authorities said Earnest stalked into the Poway synagogue during Sabbath prayers on the last day of the week-long Jewish Passover holiday and opened fire, killing Lori Gilbert-Kaye, 60. The rabbi, one of three others wounded in the attack, was shot in the hand and lost an index finger.

The gunman’s weapon apparently jammed and he was chased from the temple by a former Army sergeant in the congregation, then sped away in a car as an off-duty US Border Patrol agent shot at the getaway vehicle. Earnest pulled over and surrendered to police soon afterward.