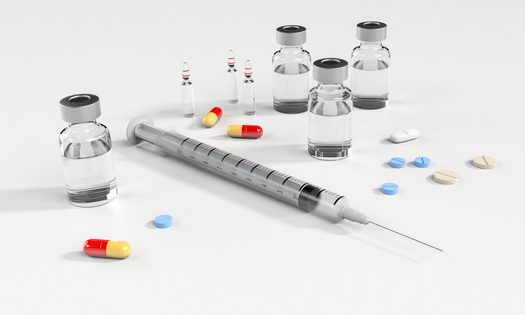 The Health Department today announced the measles outbreak in the Orthodox Jewish community is now at 121 cases since the outbreak began in October. The vast majority of cases are children under 18 years of age (108 cases), and 13 cases are adults. There are no deaths associated with this outbreak, although there have been complications, including eight hospitalizations and one child who was in the intensive care unit. Of the 121 cases, 31 are newly identified, including five diagnosed in the past week and 26 who were identified retrospectively (that is, they recently had the illness and were identified after symptoms subsided). Most cases have been reported from zip codes in Borough Park and Williamsburg, Brooklyn. Four cases, including the initial case of measles, acquired measles on a visit to Israel, where a large outbreak of the disease is occurring. One case was acquired from the U.K. and one from Ukraine.

Measles is a highly contagious disease and can cause pneumonia, encephalitis (swelling of the brain), and death. Measles is preventable with the measles-mumps-rubella (MMR) vaccine.

Since the outbreak began, the Department has worked with elected officials, community organizations, and religious leaders to conducted extensive outreach in the community to educate residents in these zip codes about the risks associated with measles and the importance of vaccination. This effort has resulted in over 7,000 people receiving the MMR vaccine.

In December, the Department announced mandatory exclusions for students in selected zip codes in Borough Park and Williamsburg that have not received the required number of doses of MMR vaccine. Twenty-one of the 31 additional cases are connected to a single yeshiva in Williamsburg. This yeshiva went out of compliance with the Health Department’s exclusion order in mid-January, allowing an unvaccinated student who had measles but had not yet begun presenting symptoms.

Last week, the Department expanded vaccination recommendations for providers serving the Orthodox Jewish community to include an early, extra dose of the MMR vaccine for children between the ages of 6 months to 11 months who live in Williamsburg and Borough Park.

“As a pediatrician, I can’t stress enough how critical is to vaccinate children against measles,” said Health Commissioner Dr. Oxiris Barbot. “Measles is a serious, highly contagious and potentially deadly infection. Complications and fatalities are rare but do happen. I urge parents not to take any risks that may jeopardize their children or other children in their community.”

“Parents who oppose vaccinations for measles and all other illnesses not only put their own children at risk, but endanger other children and families as well,” said Councilman Mark Levine (Chair of the Council Committee on Health). “As Israel and other nations are facing outbreaks, the risk of measles affecting our New York communities is particularly acute in neighborhoods where international travel is common and frequent. I strongly urge all parents across the city to ensure their children are up to date on all American Medical Association (AMA) recommended vaccinations.”

“The ongoing measles outbreak in Williamsburg and Borough Park highlights the urgency needed to address this crisis,” said Councilman Stephen Levin (Greenpoint, Williamsburg, Downtown Brooklyn). “Measles is a highly contagious viral disease that requires all of us coming together to stop it. We need to step up our efforts to keep our communities safe and healthy. I applaud the New York City Department of Health for working with community leaders and expanding its work to prevent contact between unvaccinated children and individuals who might be at risk of exposure.”

“I’m grateful to Mayor de Blasio and his team at the Department of Health for their immediate actions to protect our community’s children,” said Councilman Kalman Yeger (Borough Park, Midwood, Bensonhurst). “This is a clear issue of pikuach nefesh. Once again, it is imperative that parents immediately vaccinate their children. It is just as imperative that our parents and yeshivas take all the necessary precautions to keep unvaccinated children away from harm. For this reason, DOH must take this drastic step to require unvaccinated children to be excluded from school until they receive the required vaccinations or the crisis has passed.”

“Vaccinating children is one of the most basic ways a parent can protect their child’s health,” said Councilman Chaim Deutsch (Brighton Beach, Marine Park, Midwood). “These new cases of measles out breaking within the Orthodox community are worrisome, particularly for parents of children too young to be fully vaccinated against the measles. I urge parents who are traveling with young children to follow Health Department recommendations and vaccinate their kids. I thank the Health Department for their efforts to do outreach and spread the word to ensure New York families are protected.”

“It says in the Torah “V’nishmartem Meod L’nafshoseichem”, that a person must guard their health,” said Rabbi David Niederman, President of the UJO of Williamsburg and North Brooklyn. “It is abundantly clear on the necessity for parents to ensure that their children are vaccinated, especially from Measles.”

“We are very concerned about the continued upward tick of measles in our area despite concentrated and valiant efforts by DOH. We are also doing everything in our power to stop the disease from spreading further in our community and especially in our yeshivas,” said Rabbi Avi Greenstein, CEO of the Borough Park Jewish Community Council. “It is imperative that every member of our community protect themselves and their families by getting vaccinated. It is equally imperative to understand that prevention is key. As such, we need to take away the lesson of how important it is for every one of us to avail ourselves of modern medicine and not to trust in herd immunity, but rather to follow the vaccination schedule recommended by medical professionals to protect our families and our entire community.”

For more information, New Yorkers can visit www.nyc.gov/health. New Yorkers should call 311 to access a list of facilities that can provide MMR at low or no cost.