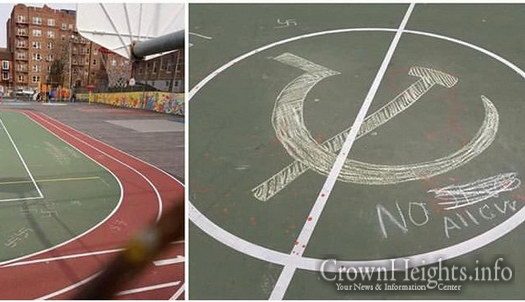 A New York City Public School playground was vandalized over the weekend with anti-Semitic graffiti. The graffiti, including swastikas and anti-Semitic slogans, have since been removed.

The grounds of a playground in Public School 139 located in Rego Park, Queens was vandalized over the weekend with anti-Semitic words and signs.

The graffiti, which has since been removed, included a Soviet symbol, Nazi swastikas, and phrases such as “No Jews Allowed.”

Swastikas and Nazi symbols, as well as the term “Heil Hitler” (sic) were discovered drawn all over an elementary school playground in Queens today. @CMKoslowitz & @tobystavisky were at the scene, and it has since been cleaned. @NYPDHateCrimes is investigating this incident. pic.twitter.com/4Mrh63bSbN