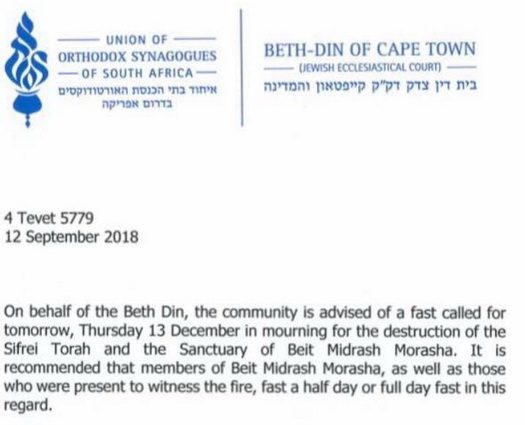 Following the fire that destroyed a Cape Town South Africa Shul, that burned all but one of its Sifrei Torah, a public fast has been called by the Cape Town Beth Din.

Thanks to quick thinking community members, a single Sefer Torah and some sefarim were rescued from the shul, before the flames made it impossible to enter the building.

A public fast has been called by the Beth Din of Cape Town, for the burning of the other Sifrei Torah in the Shul. The fast has been set for Thursday, December 13th.