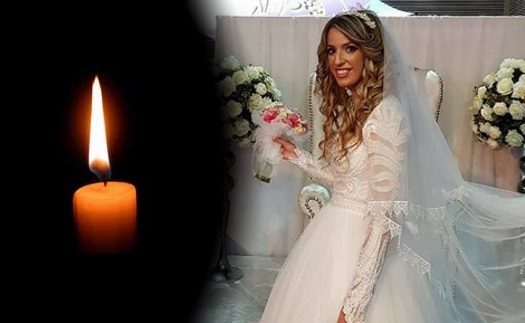 The sudden death of the bride Shani Levi-Berdichevsky, just before celebrating her last of sheva brachos, stunned her acquaintances who mourn the great loss. She was electrocuted in her own home R”L.

The bride and her family together with her widowed husband, Danny Berdichevsky, belonged to the “Shaagas Aryeh” community in Tirat HaCarmel headed by Rabbi Yechezkel Rubin, who tells of the couple’s fortune until their wedding together as well as reconstructing the terrible tragedy.

“It’s a traditional family,” Rabbi Rubin says of the bride’s family, “Shani has been in the process of becoming religiously observant for four years, and her husband Danny, has started to grow stronger in the past year. His parents, who are Ukrainian, are strongly opposed. They live in the Krayot and therefore, when his parents would meet with him from time-to-time, Danny wore a kippa sruga due to their strong opposition to him becoming chareidi, feeling this would be less offensive to them.

Rabbi Rubin relates that Danny came to the community of Shaagas Aryeh through his friends who were members of the community and thus began to become stronger in his observance. “From time-to-time he would travel to Jerusalem for a few days to absorb the atmosphere, while telling his parents he was traveling abroad,” says the rabbi.

During the conversation, Rabbi Rubin returns to the difficult moments of Sunday, 29 Menachem Av, the last of their sheva brachos, in which the kallah died of electrocution. “The last sheva brachos was supposed to be in their home,” he says. “We gave the kovod to her father as a cantor, to be shaliach tzibur for Mincha. Before Maariv, rumors began to circulate that something had happened.”

“Her husband found her lying in the bathtub,” says Rabbi Rubin. “The water was not even open, but nevertheless, the electric problem was so severe, that only touching the faucet caused electrocution. There were electricity problems there, with the circuit breaker jumping often. The landlord sent them a local electrician who apparently did something temporary, albeit without doing the minimum he should. This is truly death by negligence”, the rabbi concluded.

“She has kept kedusha and tahara all these years,” the rabbi eulogized the kallah in pain, adding “she has been a chareidi for some time already [referring to the nifteres].”

Rabbi Rubin adds that it is hard for him to communicate with Danny’s parents. “It was exactly at the wedding that the relationship between them began to improve and I was amazed at how the father actually wept with excitement and joy, and they just accepted that their son became chareidi,” he added in a pained voice.

The body was released by police and the levaya was on Sunday afternoon in Tirat HaCarmel.