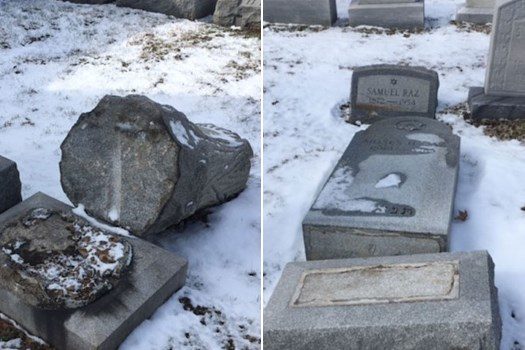 A Jewish cemetery in Rochester, New York, was vandalized, the third such incident in the United States in less than two weeks.

Five headstones were found toppled Thursday morning at the Waad Hakolel Cemetery, also known as the Stone Road Cemetery, in the city in western New York, according to News 10 NBC WHEC.

The president of the nonprofit managing the cemetery said he did not want to call the incident a hate crime or anti-Semitism.