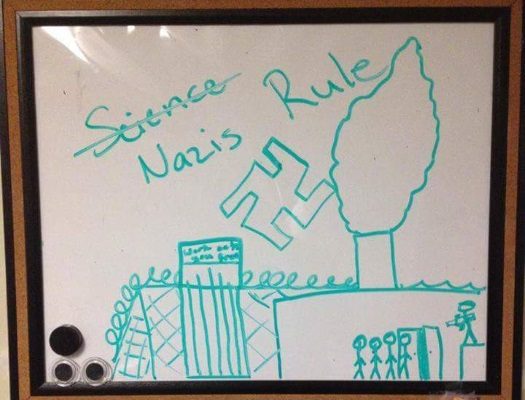 Officials are investigating after a Jewish student at the University of Minnesota discovered horrifying anti-Semitic drawings on the white board in his dorm room. According to Rabbi Yitzi Steiner, co-director of the Chabad U of M, this is the second anti-Semitic incident in two weeks.

The Jewish student found a swastika with the words “Nazis Rule” drawn on the whiteboard. The drawing also depicted Jews being marched into the gas chambers at a Nazi death camp.

Rabbi Yitzi Steiner says the Chabad has been in touch with the student who was targeted and while he is shaken, he has shown remarkable resilience and reports have been filed with the appropriate authorities.

The following is a statement from Rabbi Yitzi Steiner:

The fact that this sort of hatred exists on our campus is unacceptable, and is obviously a troubling issue that threatens the open dialogue and diversity that makes U of M such a special campus. I was happy to see the faculty’s quick, proactive responses to the incidents and have spoken to numerous Jewish students who were looking for ways to combat the issue.

Here at Chabad, we plan to continue to fight hatred by increasing our efforts in spreading Jewish pride and the beauty of our heritage. Although hatred has existed against the Jewish people for generations, we will continue to thrive and grow as a community and as a people. To this end, we will be manning a booth on campus that will be aimed at inspiring people to increase in acts of goodness and kindness. We do this with the knowledge that increased light will overpower the darkness of senseless hatred. 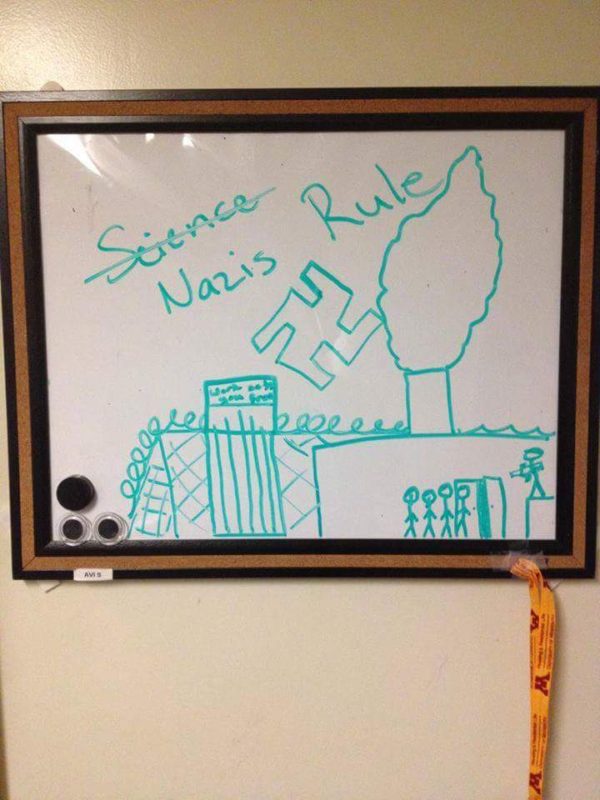