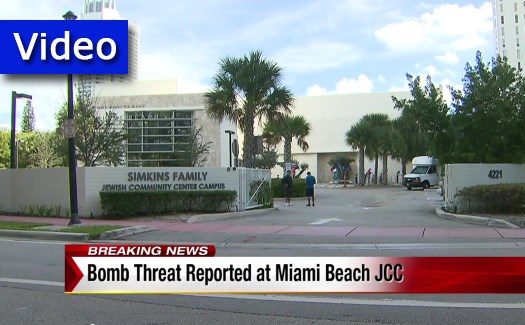 The Miami Beach Jewish Community Center received a call at 9:54am and was evacuated. Officers and police dogs searched the area but found no bomb and the center reopened.

No one claimed responsibility for the earlier bomb threats, and the FBI has opened an investigation into the incidents.