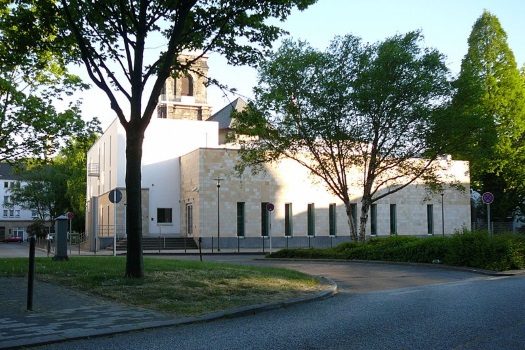 The Bergische Synagogue in Wuppertal, Germany.

A German regional court in the city of Wuppertal affirmed a lower court decision last Friday stating that a violent attempt to burn the city’s synagogue by three men in 2014 was a justified expression of criticism of Israel’s policies.

Johannes Pinnel, a spokesman for the regional court in Wuppertal, outlined the court’s decision in a statement.

Three German Palestinians sought to torch the Wuppertal synagogue with Molotov cocktails in July, 2014.  The local Wuppertal court panel said in its 2015 decision that the three men wanted to draw “attention to the Gaza conflict” with Israel. The court deemed the attack not to be motivated by antisemitism.