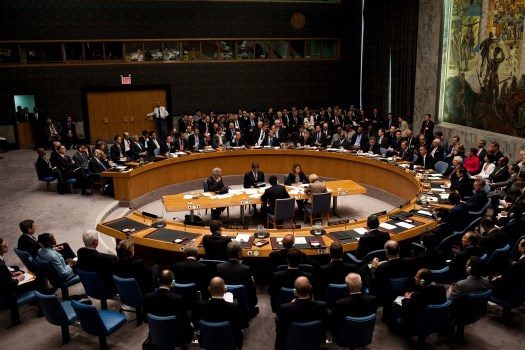 The Obama administration on Friday allowed the U.N. Security Council to adopt a resolution demanding an end to Israeli settlements, defying pressure from U.S. President-elect Donald Trump as well as Israel and several U.S. senators who urged Washington to use its veto.

The resolution was put forward at the 15-member council for a vote on Friday by New Zealand, Malaysia, Venezuela and Senegal a day after Egypt withdrew it under pressure from Israel and U.S. President-elect Donald Trump. Israel and Trump had called on the United States to veto the measure.

It was adopted with 14 votes in favor, to a round of applause. It is the first resolution the Security Council has adopted on Israel and the Palestinians in nearly eight years.