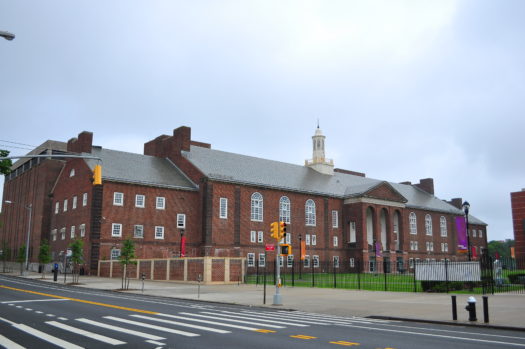 Brooklyn College, Northwestern University and many schools in the University of California system are hotbeds of antisemitism and anti-Zionism, according to a new report conducted at Brandeis.

The report, titled “Hotspots of Antisemitism and Anti-Israel Sentiment on US Campuses,” found that most Jewish students at the schools in question “perceive a hostile environment towards Israel, and over one quarter perceive a general environment of hostility towards Jews on their campus.”

Over 20 percent of students surveyed said they were “blamed for Israel’s actions because they are Jewish,” while approximately one-third reported witnessing antisemitic harassment, often related to Israel. Three out of four students claimed to have heard hostile rhetoric used in relation to the Jewish state.

The report also found that hostility to and harassment of Jewish students at the University of Wisconsin, Rutgers and Illinois University are “relatively high,” but do “not seem to be highly connected to criticism of Israel.”

“At these schools, more traditional antisemitic stereotypes and tropes, rather than criticism of Israel’s politics, seem to be driving the perceived hostility towards Jews,” the report stated.

Another finding of the report — a follow-up to a study conducted last year — was that “one of the strongest predictors of perceiving a hostile climate towards Israel and Jews is the presence of an active Students for Justice in Palestine (SJP) group on campus.”

Out of the 50 schools included in the Brandeis study — conducted by the Steinhardt Social Research Institute at the Cohen Center for Modern Jewish Studies and representing some 150,000 American Jewish undergrads — 34 have an active SJP chapter. Jewish students’ “discomfort talking about Israel,” the report said, is “closely related to the presence of an SJP…suggesting that the rhetoric deployed by such groups often causes students to withdraw from discussions.”

In response to the release of the study, a spokesperson from the University of California Office of the President told The Algemeiner:

While we have not had time to review the report…a quick look shows that it features a large number of American colleges and universities. The University of California takes incidents of antisemitism very seriously and in fact, earlier this year the UC Regents adopted the Principles Against Intolerance, which clearly states that we have no tolerance for antisemitism nor other forms of bias or racial/ethnic prejudice.

Brooklyn College and Northwestern did not respond to The Algemeiner’s request for comment by press time.