« Federal Lawsuit Aims to Halt Construction on East Boca Chabad Center
Letter: Thank You MyShliach for Thinking of Us » 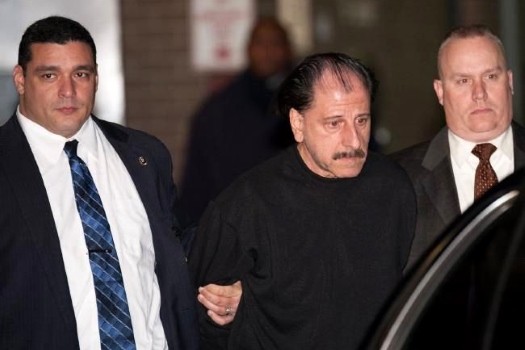 A clothing salesman on trial for the serial slayings of three New York City shopkeepers – two of whom were Frum Jews- has been convicted of murder.

Brooklyn District Attorney Ken Thompson today announced that a Staten Island salesman has been convicted of three counts of second-degree murder for the shooting deaths of three Brooklyn shopkeepers who were killed in separate incidents during the summer and fall of 2012. The defendant used the same rifle in all three murders and was linked to them through matching shell casings that were left in all crime scenes, through DNA and through other forensic evidence.

District Attorney Thompson said, “A mountain of evidence connected this serial killer to these murders, which took the lives of three decent, honest and hard-working business owners who all left behind devastated families. Thankfully, this ruthless and cold-blooded killer will now spend the rest of his life locked behind bars and Brooklyn will be much safer because of that.”

The District Attorney identified the defendant as Salvatore Perrone, 67, of 1173 Clove Road in Staten Island. He was convicted today of three counts of second-degree murder following a jury trial before Brooklyn Supreme Court Justice Alan Marrus. The defendant will be sentenced on March 4, 2016, at which time he faces a maximum sentence of 75 years to life in prison.

After the third homicide, a photo of the defendant carrying a black duffle bag in the vicinity of the third crime scene was distributed to the media and he was arrested on November 21, 2012. A search at his girlfriend’s home led to the recovery of the duffle bag. In it, police discovered a .22-caliber rifle that was registered to the defendant and was used in all three murders, according to ballistic analysis of shell casings that were left at the three crime scenes, the evidence showed. The bag also contained a knife with blood that matched Mr. Kadare. Blood stains that matched Mr. Vahidipour were found on the bag itself.

Furthermore, the defendant’s fingerprints and DNA were recovered from the murder weapon, according to testimony. Cell phone data and surveillance videos placed him in the vicinity of the second and third homicides, the evidence showed. All three victims were killed around their stores’ closing time and their bodies were covered with clothes or other items in an apparent attempt to conceal the murders.

As YWN reported in 2012, Isaac Kadare was a married, father of four, and was a regular Mispallel in the Sephardic Shul on Ocean Parkway between Quentin Road and Kings Highway, and attended a nightly Shiur in Flatbush.

« Federal Lawsuit Aims to Halt Construction on East Boca Chabad Center
Letter: Thank You MyShliach for Thinking of Us »