« Video: When Someone Else Is in Trouble
Anti-Semitic Incidents in London Soar in 2015 » 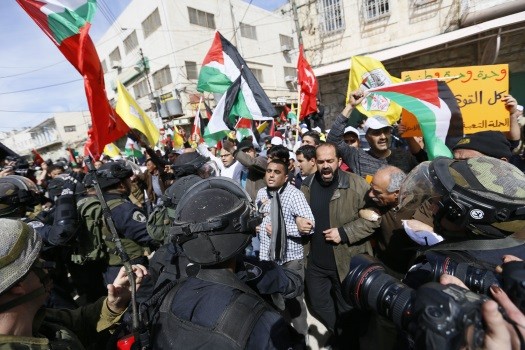 A new poll has shown that a “growing majority” – now 67% of Palestinian Arabs – support the recent scourge of terrorist knife attacks, car rammings and murders of Israeli Jews, while only and 31% oppose them.

The poll, conducted by the Palestinian Center for Policy and Survey Research (PSR) in cooperation with the Konrad-Adenauer-Stiftung in Ramallah between 10 and 12 December 2015, also found that:

ZOA National President Morton A. Klein said, “We see clearly that Palestinian Arabs favor terrorism against and murdering of innocent Jews. The Nazis and Adolf Hitler would be proud of these despicable Palestinian Arabs. These Arabs are a disgrace to the human race. Why are our Jewish and world leaders silent on the horrible Arab actions to murder Jews and make their lives miserable?

“These are not meek, hapless civilians; they are violent, terrorism and murder-supporting enemy combatants. They would have been thrilled if Palestinian terrorists managed to carry mass-casualty, Mumbai-like, Paris-like terror attacks in Israel. They overwhelmingly support indiscriminate attacks upon Israeli Jewish civilians — that is to say, war crimes.

“Majorities of Palestinians also support boycotting Israeli products, and end to any security cooperation, even if both these measures would significantly harm Palestinians.

“The idea constantly claimed by U.S. administrations, other politicians, the Israeli left, pundits and the media – that Palestinian Arabs accept Israel and are willing to live in peace – is false, and that lie is further exposed by this Palestinian-Arab poll.”

« Video: When Someone Else Is in Trouble
Anti-Semitic Incidents in London Soar in 2015 »