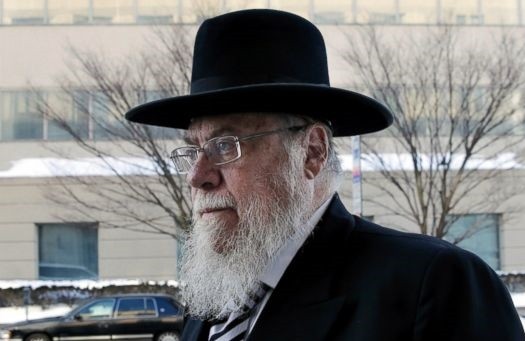 Rabbi Mendel Epstein was sentenced today, Tuesday, to ten years in Federal prison for his role in leading a ring of rabbis who used beatings, handcuffs  and cattle prods to force recalcitrant Jewish husbands to grant their wives a ‘Gett.’

Nine rabbis involved were arrested by the FBI as part of a sting operation, in which undercover agents posed as an ‘Agunah’ seeking a Gett, her brother and her husband.

The other eight rabbis all received sentences ranging from house arrest to three years in prison.