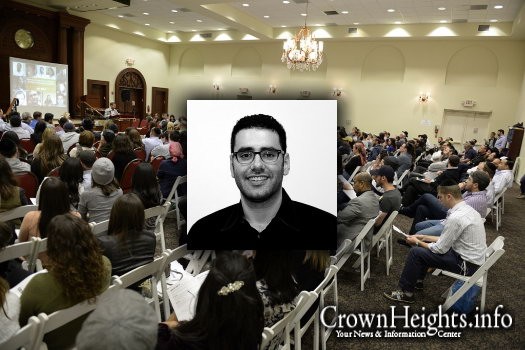 Jewish Community Watch (JCW), an organization dedicated to combating child sexual abuse in the orthodox Jewish community, has announced that Ben Nash, co-founder and CEO of PCS Wireless, has pledged $1 million to the organization. The funds will be used to expand JCW’s budget in line with the growing demands for its services and to set up JCW offices in Israel, the UK, and Australia.

JCW was founded in 2011 and operates under the motto of, “Educate, Prevent, Heal.” It works to offer therapy and support groups for survivors of child sexual abuse, educate parents and schools about the threat of abuse, and investigate and expose abusers within the Jewish orthodox and Haredi community.

A statement released by Ben Nash’s Arora Nash Charity Foundation (ANCF) described how the foundation generally prefers to remain obscure and anonymous in most of its endeavors. They continued, “However, there are certain times when one must take a stand or the failure to do so is in and of itself taking a stand for the wrong side.”

The statement went on to laud the work that JCW does by educating and raising awareness of abuse within the community and providing therapy and support for survivors. The statement also praised the rigorous process JCW goes through before exposing a molester on their website describing it, based off of firsthand information, as “stringent, tireless, and scrupulous.”

Over the past year, JCW has grown exponentially. Awareness events attended by thousands were held across the United States and Israel, while hundreds of thousands visited its website JewishCommunityWatch.org and watched many of its educational videos online. Throughout this time period, over 1,000 survivors have reached out to JCW and received help and support. With the expansion of services, JCW’s staff has grown from two people to a dozen, while the budget has grown to over $1 million annually. In 2016, JCW’s budget is expected to reach $3 million.

Meyer Seewald, the founder of JCW and victims advocate, said, “On behalf of Jewish abuse survivors around the world, I would like to thank Ben Nash for his friendship and generosity. Ben has been a partner to JCW and has been a critical part of our growth as an organization. Ben is just as passionate as us about our goal of making sure that not one more child is abused. There is not even the slightest doubt in my mind that this donation will save lives.”

Abe Pasternak, a spokesman for Arora Nash Charity Foundation, added, “While we are starting with a pledge of $1 million, let it be clear that we will do whatever necessary to bring peace to the lives of victims until this sickness of people abusing our children is eradicated from our communities and until everyone realizes the extent of the disease and the devastating toll it takes on our children.“