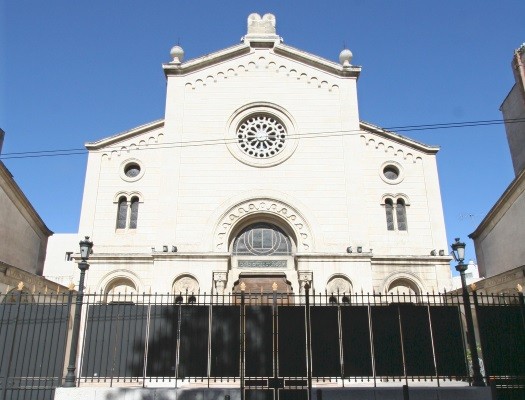 The main synagogue of Marseilles, France

A Jewish man was stabbed twice in the stomach after he intervened in an attack on another Jewish worshiper and a rabbi by a man shouting anti-Semitic slurs near a synagogue in Marseilles, France, Shabbos morning.

A Jewish man was seriously wounded after being stabbed in the stomach near a synagogue in the French city of Marseilles on Saturday morning, police said.

Local police arrested the attacker, who also attempted to attack another Jewish man and a rabbi.

According to local reports, the assailant, who was drunk at the time of the attack, shouted anti-Semitic remarks. The assailant was said to be thirty years old and was known to police.