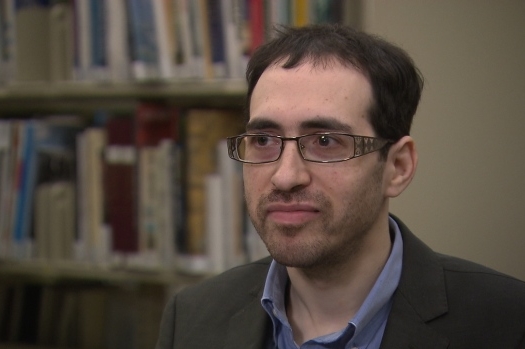 Yochanan Lowen, 36, a former member of the Montreal Chasidic community, is suing the Quebec government for not rigorously enforcing its educational curriculum standards on private Chasidic schools, whom he calls ‘illegal’ and blames for his ‘substandard’ education.

A man who grew up in a Hasidic community from Boisbriand, Quebec, is suing the education ministry, the department of youth protection, the school board and two Jewish schools alleging that he is not able to function in society because he received less-than-standard education.

Lowen moved to Quebec from the U.K. when he was 10 years old in 1988. He attended the Yeshiva Beth Yuheda and the Oir Hachaim d’Tash rabbinical college – two schools which he claims are illegal and still open.

Lowen states he never received the standard Quebec curriculum because those schools are centered on Jewish education. His lawyer claims that because of this, Lowen doesn’t know how to speak French or English, doesn’t know how to count or read and cannot function in society.

TVA Nouvelles reports Max Lieberman, a spokesman for the Hasidic community in Outremont, says he does not personally know Lowen, but says it looks likes Lowen is “trying to gain sympathy by saying he was abused, but it is wrong. We educate our children differently from other children in Quebec, but it achieves the same goals. Our children are doing well. Our lives reflect our success. We have companies and are productive citizens. How could we do this if we were ignorant? “

The lawsuit says the education system intentionally violated his right to education according to Quebec law. He faults the education ministry in Quebec for failing to close the illegal schools.

The School Board of the Lordship-des-Mille-Iles has agreed to briefly comment on the case. The school board is also covered by the notice, as Mr. Lowen residing in its territory when he was in school.

“It should be recalled that the responsibility of educating a child belongs to his parents. It is their job to make the inclusion of their child in a school of a school board or a private school. A school board provides educational services to students duly enrolled by their parents. In this sense, the CSSMI has no responsibility in the situation of Mr. Lowen,” said Jonathan Desjardins Mallette, secretary and director of Corporate Affairs and Communications at Commission Scolaire de la Seigneurie-des-Mille-Îles.

Lowen left the Hasidic community in 2010 and currently works as a Jewish religious instructor at a legal school.